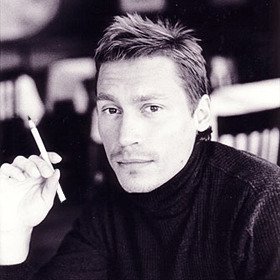 I was born on July 28, 1975 in the idyllic Liestal in Switzerland. For a short time, everyone was very happy about it. Sometime between my birth and kindergarten my mommy took me to the cinema, and we saw Wald Disney‘s „Jungle Book“. Since then, I have been drawing and have never stopped and Uncle Walt has remained my role model until today. At school I didn‘t listen to the teachers, but I drew them and transformed their faces into grimaces. On November 9, 1989, the Berlin Wall fell, and I experienced the shock of my life when they interrupted my beloved Tom & Jerry cartoon with this, for me, unimportant broadcast! With teenage rage, I immediately sharpened my pencil and took my revenge on Helmut Kohl on paper and then I horribly disfigured Gorbachev and afterwards I felt better. From that moment on I drew political cartoons. I abused Ronald Reagan and raped Maggie Thatcher and and and and ….and I did it over and over again.

I massacred all the members of the British royal family and planted bombs in every continent in the world. After following this „creative therapy“ I was so in tune with myself that I decided to make some money from my political caricatures. My graphically oriented training at the Basellandschaftliche Zeitung enabled me to publish my first works in 1990. In addition to the Art School in Basel I spent hours studying and drawing with the traditional graphic artist Gerhard Senn. He taught me everything I needed to know. Besides Disney, my idols are Jack Davis and Drew Struzan. Since 1990 I have been drawing, designing, painting and illustrating everything from cartoons in magazines and quick caricatures to enormous sized paintings for the Basel Carnival and for stage sets. My professional training ended at the age of twenty. What next? I was twenty years young and wild; I didn‘t like school, I was too stupid to study, too lazy to work and too nervous to rob a bank, so I took the classic way, because I had a big mouth at that time, and I decided to become an actor!

In Munich I studied performing arts and directing, and after that for 20 years I tread the boards. My creativity took me around the world. The Chinese planted the word VAN between my first and last name for their TV series. The producers thought that VAN sounded more „European“ to Chinese ears. The TV series reached over 400 million viewers. This was because China was under a strict dictatorship in 1999, so the government only allowed one channel and the poor Chinese were forced to put up with me on TV every day. So, I was forced to become a TV star in Asia, but I still don‘t feel any guilt for doing that.
After 2000, when I was back home in Europe, no one knew me. But I kept the stage name Maik van Epple and I continued working for Bavaria Film and Constantin Film. Since then, I have been seen behind and in front of the camera with international film and television productions working as a story boarder, scriptwriter and director, and was often acting on tour throughout Europe. Yes, my first years in show business were wild and thrilling; an action-packed, fast-paced roller coaster adventure. Nevertheless, I always found my peace and quiet by sitting down, sharpening the pencil and drawing or painting – the best meditation for a wild lion like me. Now, three decades later, more cantered and sensible, I have become calmer, but I also have become the creative head of an international film production company, Jeridoo Universe.

So, now I‘ll stop writing and I won‘t bother you with these texts anymore. I am sure you will really like this book and you won‘t want to put it down because you don‘t have to read anything, just look, it contains many more pictures than the alphabet has letters. So, if you are too lazy to read, this is the perfect book for you. Browse through the illustrations and cartoons I have created since teenager times until now. Observe the line changing from the euphoric, idiotic wunderkinds’ picture to the rickety shaky squiggle line of the soon to be senile sketcher. An illustrated book - 30 years of cartoons and illustrations - Something for everyone to enjoy from the high society intellectual art critic to the idiotic illiterate whose parents might be siblings. It’s all in the family...

Have fun and stay healthy, we will see you again after Corona! 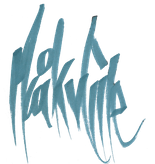